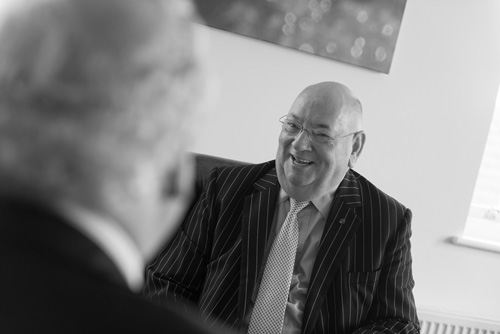 A personal invite from His Grace, The Duke of Westminster saw John Kennedy become a key member of the fledgling North West Business Leadership Team – now an influential voice for the region’s business community. In recognition of his exceptional professional achievements, John was awarded Business Man of the Year by the Allied Irish Bank in 1997. His contributions to a wide range of public and private sector projects continue, stimulating economic growth and effecting real community advancements.

John is the Patron of the Educate-North Awards, the prestigious honours for the north of England’s higher and further educational institutions which he helped to found in 2015 along with The Telegraph Media Group, Barclays and now key sponsors including the popular radio stations Heart, Smooth and the technology services-based companies The Pilot Group and CCL Digital as well as Duff and Phelps. The awards have also launched the University Entrepreneurs Challenge (UEC) for spin-out companies from HE and the UEGrant for students or graduates with bright ideas.

Partnership working with the region’s Universities have led to the establishment of the Dr John Kennedy Lecture at the University of Liverpool’s Institute of Irish Studies. He served as Governor of John Moores Liverpool University and was made an honorary fellow in 2004, later becoming an ‘Ambassador Fellow’ of the same University.

John also has close links with Salford and Manchester Victoria Universities, as well as with local colleges and schools. Over many years, John has been an inspirational advocate for students, fostering research projects and advancing the profiles of subjects such as engineering, Celtic studies, science and technology.

Liverpool’s Hope University may appear new to many observers but its roots in the maritime city can be found in the 19th Century.

John played a critical role in securing the appointment of Field-Marshall Lord Charles Guthrie , Baron of Craigiebank and former Chief of the Defence Staff as the new Chancellor.