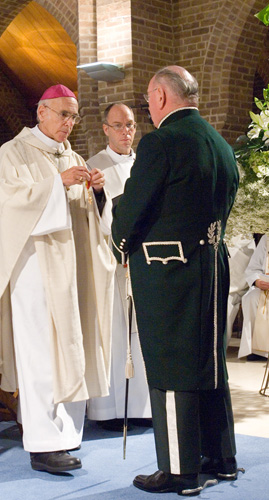 Executive Member Co-Operation Ireland (Patrons: Her Majesty The Queen Elizabeth The Second and The President of Ireland) – promotes peace and understanding across the islands.

Patron of Head Forward Centre, Manchester, a charity concerned with the long-term care of the victims of brain damage.

Trustee and Director of the Wirral Autistic Society.

Governor of the Royal Life Boat Institution for thirty-five years.

Trustee and Director of Jubilee Action.

Patron of ARC: the Drugs and Alcohol Dependency Charity in Ardwick Green, Manchester.

Patron of KidScan, the Children’s Cancer charity in Salford.

Trustee and Director of the North West Media Charitable Trust.

Trustee of ADAS, the environmental consultancy.

Trustee and Director of The Adventure Farm Trust in Millington, Cheshire.

Member of the Advisory Board of SCOPE, formerly the Spastics Society. The Board advises the President of the Society, His Grace the Duke of Westminster.

Committee Member of the Rainbow Family Trust which established the first Hospice in the North West dedicated to terminally ill children.